We had heard of population census that happens once in a decade to compute how many of our species we have added. 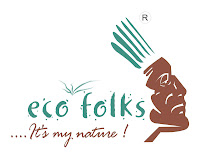 'Animal census' was something back of the beyond of our imagination.
Its when one of our friend invited us to be part of this unique exercise.....Counting animals in the jungle.
How do they do it ?? was a obvious question.
Just get yourself registered at Sanjay Gandhi National Park, she quipped and even volunteered to do it on our behalf.

The Year was 2007 and the month was sweltering May.
Willy nilly we nodded our heads.Finally the date was set, Full Moon Day of Buddha Poornima.
' Census always happens on Buddha poornima as the visibility is high in the night' added our knowledgeable wildlifer friend.

We had to spend 24 hrs on a makeshift elevated structure called as Machan, which was build near a waterhole. The logic told to us was simple, In the summer month when the heat is at its peak, any animal would want to drink water once in the span of 24 hrs, and there we were atop the Machan counting all those thirsty souls.
In summer the water is scarce and all waterholes that are left, natural or manmade, are identified and Machanned. That is how the animals are counted...

Finally a 10 day conundrum was solved.

Our wild lifer friend also promised us that she would use her 'connections' so that we are allocated the machan of our choice, the location which has the highest propensity for sighting a Leopard.

Leopard was the last thing on our mind.The fact that one will be spending a whole night in the heart of the forest on a full moon day was good enough reason to put us on the moon.

We were allocated the machan bang on the bank of Tulsi lake, with the famed LOG Huts just behind us.
The plan was all set....

Our Wildlifer friend had packed some delicious prawn biryani and chicken lollipops, The forest Dept. bus dropped us at our designated site and we were surprised to see some more souls like us already at the place before us.
The Machan was a 5 x 5 ft. metallic structure raised around 15 ft above ground, had a wooden flooring of horizontally laid bamboo sticks, connected to the ground by a creaky old ladder.

Can  10 of us be accommodated in such a small place was a obvious question on every ones mind.
'Never mind' added our wildlifer friend, noticing the confusion on my face,' we can always go to the Log huts if there is problem' she added.

As the twilight made its way for the night, the forest became live with the symphony of the nocturnal kind.
The Moon made its appearance on the horizon adding the silver lining to the deep dark forest, and the lake reflecting it in all its glory.
Its so cold here and I have started getting goose bumps, added our friend.

We were in the peak of summer, hot and humid, and here we were in the heart of SGNP looking for cover from the cold. Fortunately we were carrying few chaddars to save ourselves from mosquitoes, ended up in saving us from the cold.

Its when, sitting on the banks of tulsi on a moonlit night we felt that such a wonderful place exists in the heart of our city and we never knew that it existed.

Posted by fotothonian at 8:52 AM